I have a confession to make.  I have an addiction.  For years I have been telling my writing students that truth is stranger than fiction. And then came reality T.V.  I have also been telling my students, don’t let too many facts get in the way of a good story, OR no one loves a good storyteller for their accuracy. Again, enter reality T.V.  What is truth and what is staged, or at least made more spectacular?  Speculation abounds with these shows and should be, but then again, we both know that there are things that happen in life where everyone agrees, “You just can’t make this shit up.”

Thanks to reality T.V. anyone with eyes, who use to envy the rich, should just look at them and laugh after watching their juvenile antics on virtually any of the Real Housewives series. 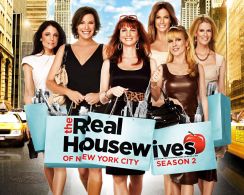 Not to say, I never have any human drama with my girlfriends, but some of what I see there, OMG. Surely these women wouldn’t want to be portrayed that way if they really knew how ridiculous they looked? Or is the show an incentive itself, under the guise of Barnum’s famous line, “No publicity is bad publicity.” Or are the shows very nicely compensating these “wealthy” individuals and their over indulgent lifestyles with paid salaries? Can someone leak the true financials please!  How much is Snooki getting paid exactly? Do the people who put up with, for example, the Four Weddings competition get a fee in addition to the 75% chance to lose a competition for a lousy $4000 honeymoon vacation? God I hope so. Or do the spouses who get dragged out in public and humiliated by Brian Baumler as home handyman idiots get more than their renos redone for them? Is there also humiliation pay?  They should, because it keeps dopes like me watching TV more than ever before.

This week I saw an episode that really made me realize I am an addict. How?  I Googled it after I saw it.  I had never done that before.  As it turned out a whole slew of other people did too because when it was first aired (they release 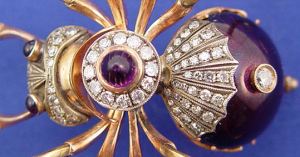 later in Canada), the unlikely words “Faberge spider brooch”were number three on Google’s most Googled phrases for the day.  The story was on the show Pawn Stars. In this episode a woman walks into the pawn shop with a… you guessed it, Faberge spider brooch, she wants $2K for it, only the owner, Rick, in “good conscience” offers her $15K for it saying it’s a real Faberge.  She is a typical ignorant pawn shop customer and apparentlydoesn’t know what she’s got. She took the $15K.

Anyone who knows a little about this stuff, especially if they watched the original reality show, Antiques Roadshow, knows that Russian pre-revolution Faberge originals are some of the rarest and most expensive antique jewelry in the world, and also that it is frequently faked.  So, myself and millions of others, feeling that the story was not fully complete Googled to see what it was sold for, or if it was a fake.  Who won, the pawn shopkeeper or his customer?  Strangely, the hits I found online, though numerous, gave little resolve and more speculation.  1) Apparently the Faberge company says they never made spiders but they also acknowledge that all the records were destroyed in the 1930s. 2) Some suggest it absolutely is a fake and they found similar brooches online for sale for $3K. 3) Others say it is worth up to $80K and it is real, diamonds, rubies, sapphires and all. 4) Some others say it is a beetle not a spider 5) others say Rick ripped the woman off and would have taken the $2K if the cameras were not rolling. 5) Others say he knew he might be getting ripped off but the $15K in publicity was worth it (and they may have been right). And on and on it goes, with no doubt another episode to come.  It looks like the original episode aired in the U.S. in October 2010, and no sequel yet? More speculation.

So what am I to learn from this?  Why am I addicted to watching these stories? Why are any of us?  Here are some thoughts. The treasure hunter in all of us loves this stuff. The person in all of us who sometimes (or frequently) thinks how great it would be to be rich, but knows we probably won’t be, but needs to feel okay with this, loves this. The wife or husband who is suffering under their partner’s DIY dummy mistakes, or virtually any other spousal frustration, loves to think there may be a fairy godmother or father who can fix this, so we love it. In short, for whatever our fantasies or problems there is a reality show that acts like an answer from God, because, let’s face it, God doesn’t speak up that frequently, and certainly not in easy AV Technicolor and high-definition.

I watch these shows only after I have done my work for the day, or are on my meal breaks (a little dangerous if the show is more than half an hour). But I wonder often, does this mean I am not in Thrival, that my life is somehow not enough?  Or is it just my curiosity, my writerly thirst for new info to exploit, or my love of what goes on out there in this marvelous mixed up world, skewed as the TV versions may be? I do not think about the shows when the weather is nice or I am in Mexico. So vive le power of the sun and good weather on the soul.  But, when weather is gloomy in Vancouver and I am drawn to indoor activities and distractions, well, guilty as charged, I peek into these quasi faux versions of others lives. However, in my defense I haven’t been able to watch an entire episode of any of The Real Housewives Series ever. I inevitably roll my eyes and shut it off with a smug comfort that I love my life just the way it is, thank you very much. Maybe God does give a little Technicolor lesson for those that want to see it.

Kathrin Lake is the author of From Survival to Thrival and conducts writing and presentation excellence events in Vancouver and a writing retreat in Mexico. See www.survivaltothrival.com/services/retreats

Kathrin’s Latest Book: Subscribers Invited to the next book in the series Launch Party 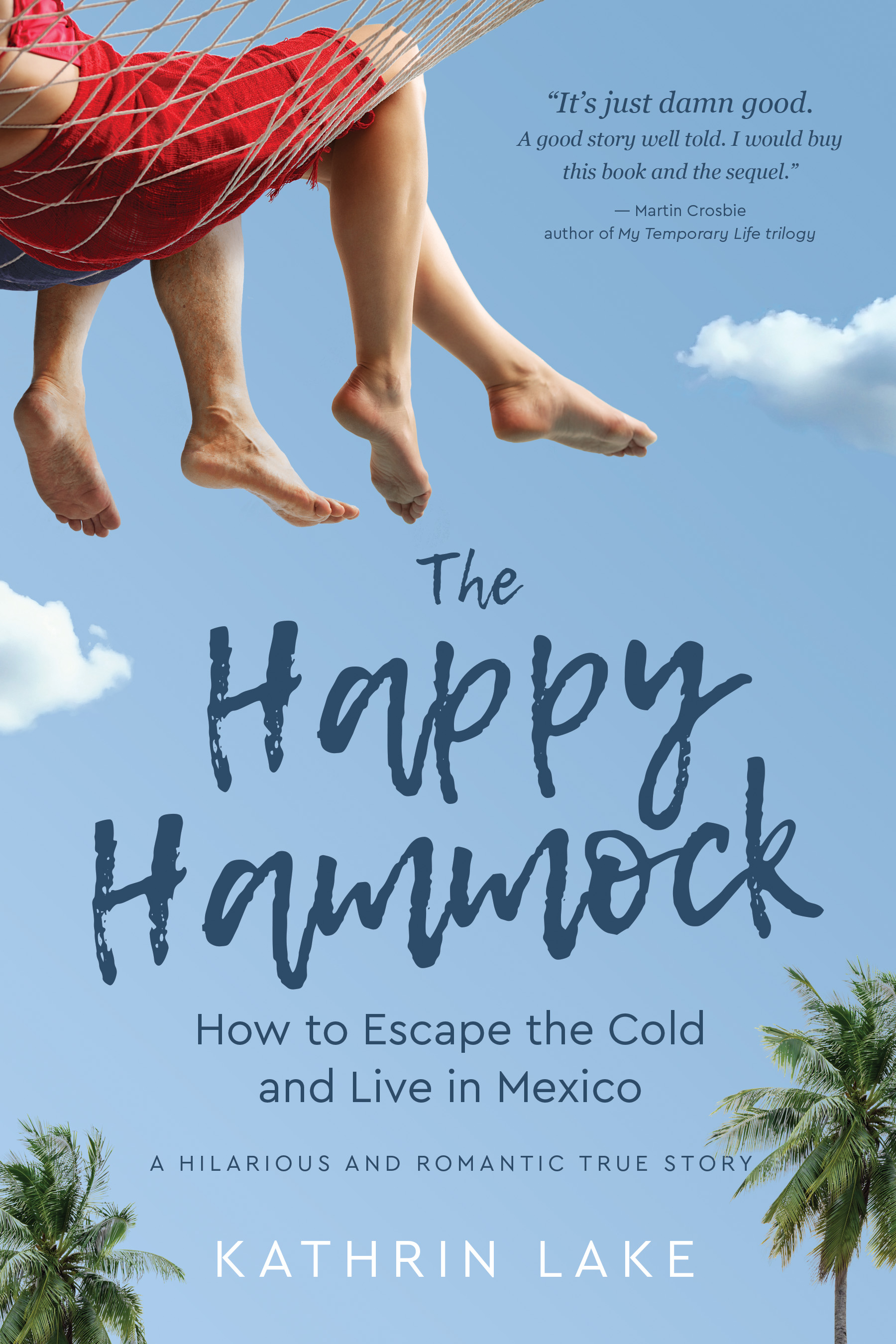